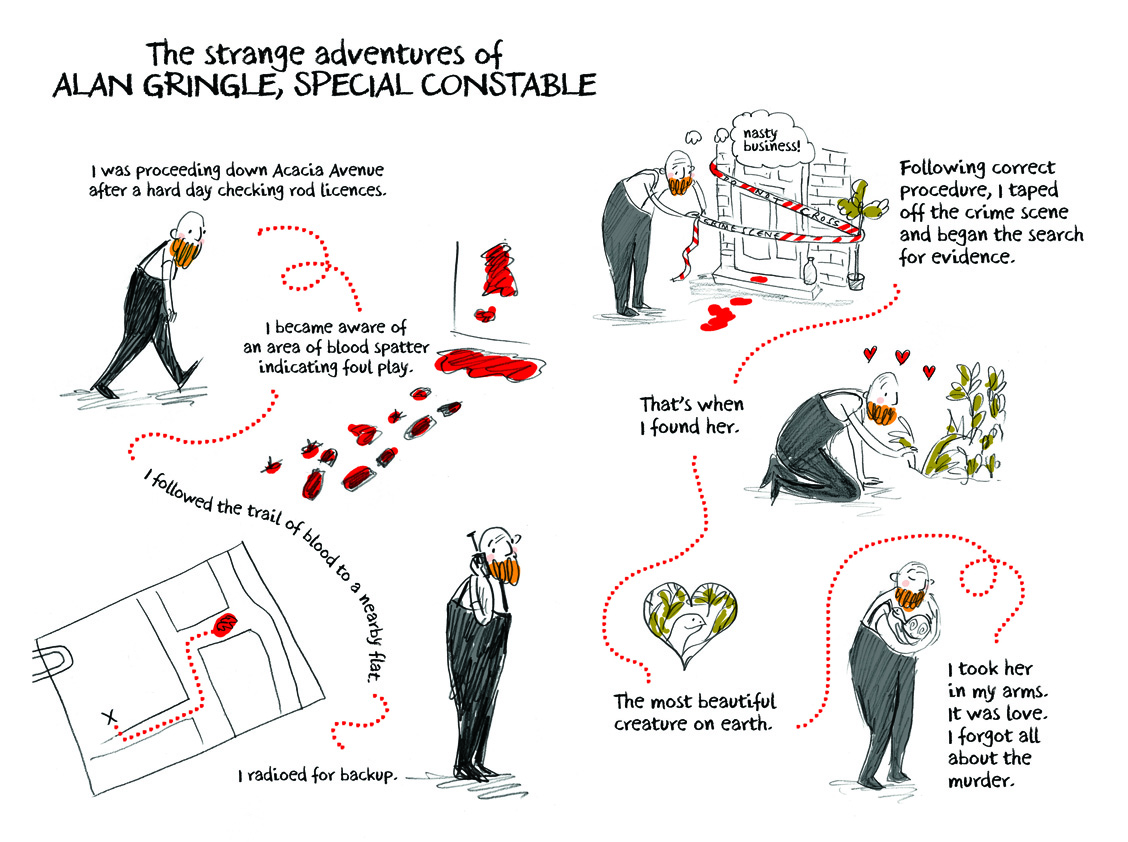 I loved comics when I was a child, and used to go off to the shop on a Saturday to buy the sadly long-gone ‘Whizzer and Chips’ or ‘Shiver and Shake’. Later I made my own comic books as a teenager, mostly inspired by daily life and my sister, while others included a fantasy inspired by a young couple I had seen in a documentary.

Many, many years later a friend told me she had enjoyed a course at the Royal Drawing School, ‘Drawing the Graphic Novel’ – and something struck a chord so I signed up. I’ve just finished the second of two terms there, and loved it – our homework in week two was to keep a comic diary, and I am still going with that, five months later. Our tutor was Emily Haworth-Booth, who was a very inspiring teacher: I really recommend this class.

Shown above is a story I started to develop in class based on some things I had recorded in the diary. These included a dream about an Environment Agency Fisheries Office who investigated murders in his spare time, and a story my old schoolfriend told me about the police combing the railway embankment behind her home for evidence in a murder case, and finding her escaped tortoise. Earlier in the year I visited the Potteries Museum and Art Gallery in Stoke on Trent, where I saw a range of Victorian murder figurines – in those days people could buy a set of murder-themed figurines, including murderer, accomplice, victim and crime scene – incredible! So I am planning to work this into the story too…

The final class of term was when everyone presented their work – and the range of stories was fascinating. I’m looking forward to hear more of all the stories as the class have agreed to keep in touch and share work in the future. 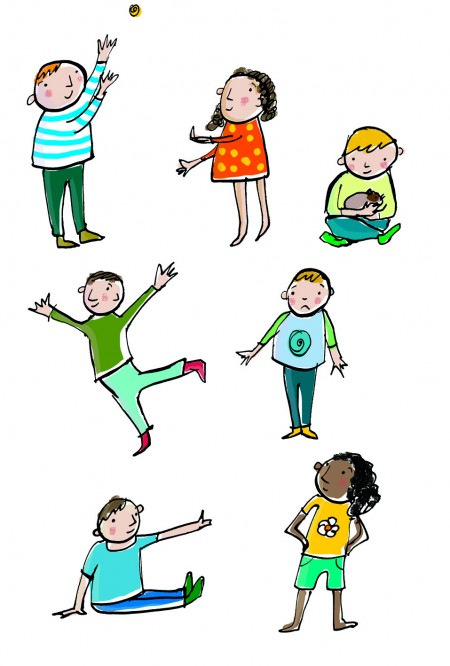 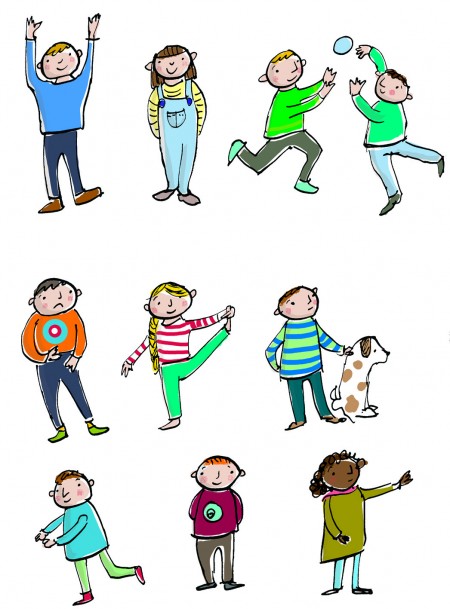 I’ve been drawing children – almost a whole classroom-worth. They’re aged about 5, probably in Reception – I’ve enjoyed imagining all the different interactions between them. 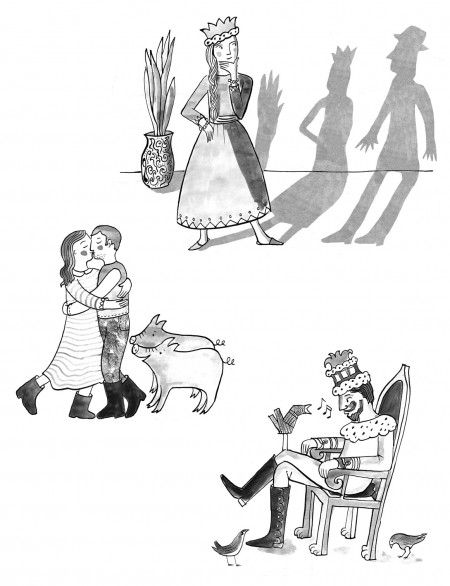 A few weeks ago I was looking for inspiration to do some black and white images. I went for a long walk in Sussex, and what should I spy amongst the trees at the side of the path but a yellowish, ink-stained paper headed ‘list of illustrations’. It was from the front of a book, but no other pages were to be seen anywhere. Most mysterious!

I deduced that the list was from an old book of Hans Christian Andersen fairy stories – what could be better for an illustration project? Shown here are ‘The sharp-sighted princess and the shadow’, ‘Kissing the swineherd’ and ‘The Emperor cured by the nightingale’.

There are plenty more to do – I’m looking forward to ‘The bell sounds in the forest’, ‘The fishes take pity on Totty’, and ‘On the edge of the chimney pot’. I’d love to know how the paper came to be there…