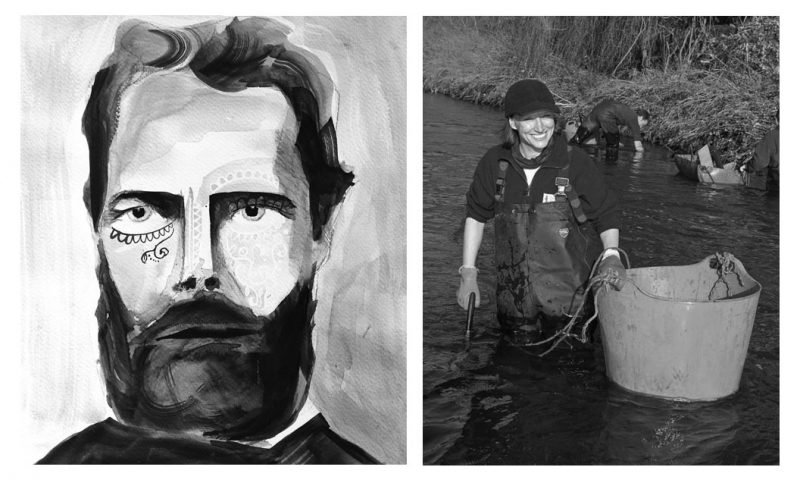 I am currently working on a four-part graphic novel: The Ghost Carp. It’s a humorous re-telling of Herman Melville’s 1851 masterpiece Moby Dick, set on a 21st century urban river.

Like Melville’s epic adventure, The Ghost Carp is loaded with portents, symbols and existential doom. Some of the characters and events in the book are inspired by true life on a real urban river – eccentric anglers, eels, tattoos, faithful dogs and dead foxes. A place where you might be lucky enough to see the turquoise flash of a kingfisher, or unfortunate enough to find a headless body.

I have drawn on over a decade of experience as an environmental volunteer in waders, working in a south London river with the Wandle Trust (that’s me in my waders in the picture above, next to my portrait of Herman Melville – thankyou to Sally Ann Symis for the photo). This volunteering has involved all sorts of things that happen in the book, from handling live eels to hauling out mattresses.

The book is packed with literary references and allusions – direct quotes from Moby Dick are carefully woven into the text, as well as other literary and musical references.

Parts 1 and 2 are available now from my Etsy shop. I was thrilled when Part 1 was longlisted for the Myriad Editions First Graphic Novel Prize in 2018, and now I am even happier that Part 2 has been longlisted for the 2020 Myriad Editions Prize! The Ghost Carp was also on display from May to October 2019 at the Museum of London Docklands as part of the Secret Rivers exhibition, along with my Wandle Alphabet – consisting of objects found in the river during cleanups. 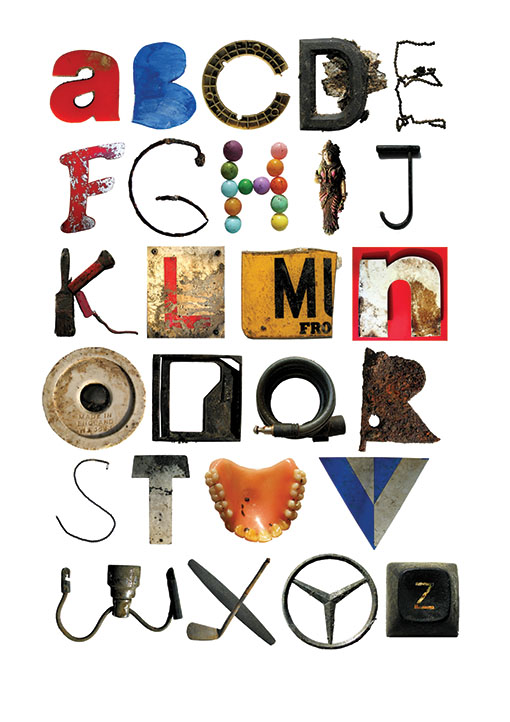