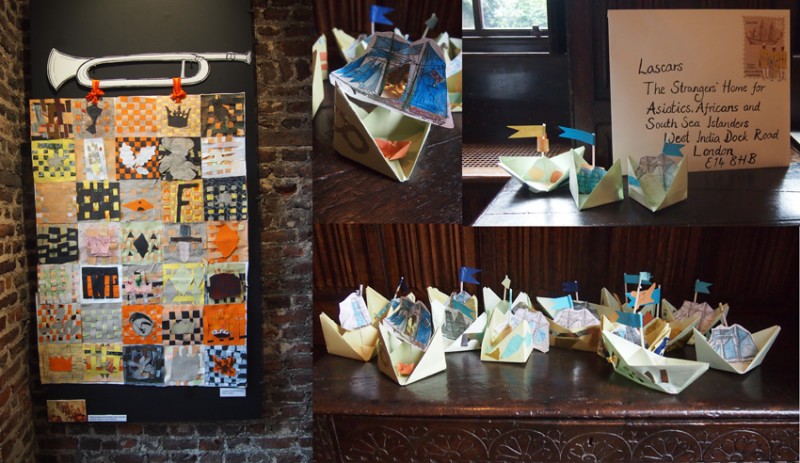 Yesterday was the official launch of the Black History Month exhibition I’ve been involved with at Sutton House, a Tudor National Trust property in Hackney. The project began for me when I designed a set of commemorative stamps for nine Influential Black Londoners, which go with letters written by historian Miranda Kaufmann based on research by a team of volunteers led by Patrick Vernon OBE.

The second part of the project has now started, where I run a weekly workshop based on each of the historic figures with a different local primary school. The first looked at Henry VIII’s trumpeter, John Blanke, and the children each made a woven paper square with their own invented heraldic emblem on it, which I’ve mounted as a group hanging from a trumpet. Then the children each wrote a letter to John Blanke, and posted it in the giant envelope. Week 2 looked at the Lascars, and we had a total of 60 children making paper boats to represent the cargo-laden ships the Asian sailors travelled on. I like the one with the tiny lifeboat on board.

The exhibition will continue to grow each week until the end of November.