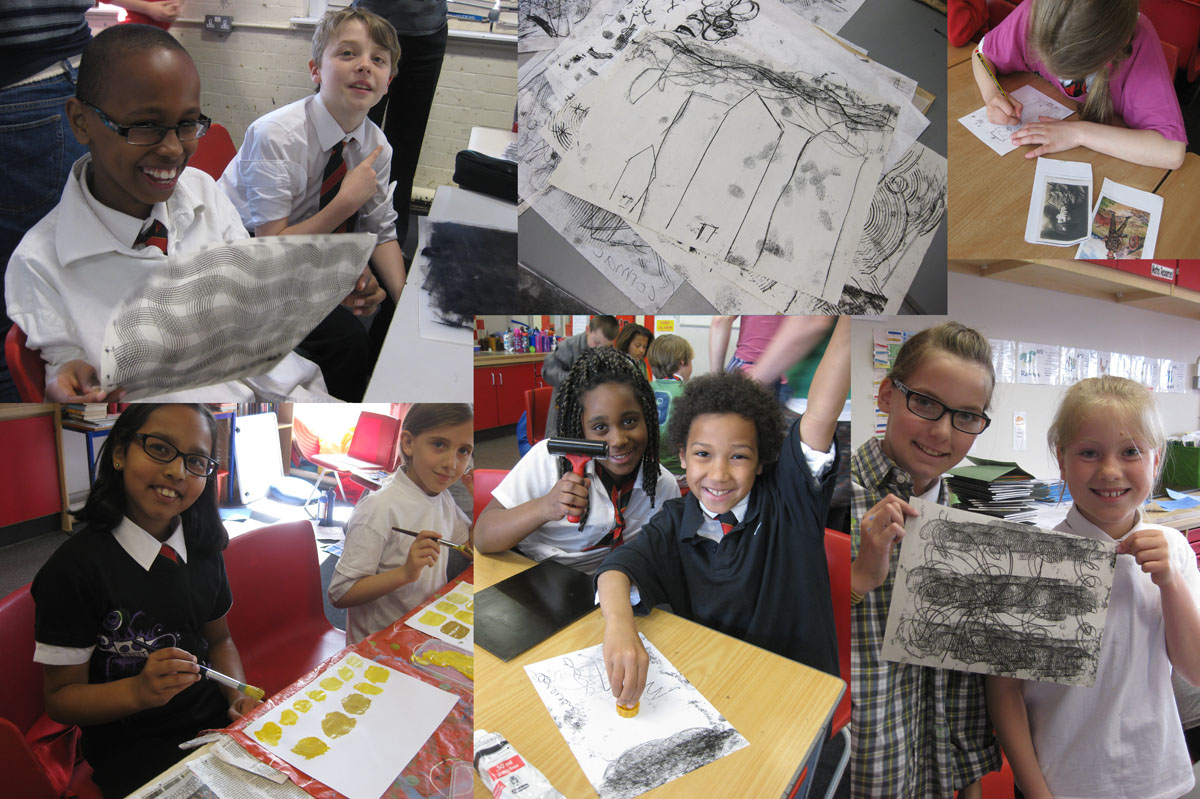 This week Sue Edkins and I have been at St Stephen’s Primary School, East Twickenham, running workshops with Year 4 and Year 5.

It’s all part of our WW1 themed community art project, which will go on display in Diamond Jubilee Gardens, Twickenham, in June this year.

The workshops have been great fun, with delightfully enthusiastic children and teachers. Activities divided into 3, with each child getting a chance to try them all – logistically complicated but feasible! The first was drawing, using wartime reference photographs; the second was painting – experimenting with mixing colours within a specified palette – we had some delicious ochres, mustards and khaki shades emerging simply from three primary colours and white. The final activity was monoprinting, which became strangely addictive: once shown the technique, children were given a variety of tools to experiment with mark-making, and they were very inventive in their approach. They were also intrigued by the huge tube of water-based block printing ink (the squirty stuff) and seemed to like the smell!

Each class was making work related to a particular theme: the Belgian refugee community in East Twickenham, Twickenham’s sporting heroes at the Front; and Richmond Park during the war – all fascinating topics on which we were able to share our research from earlier in the year.

We have two workshops still to do, and after that will spend some weeks collaging together all the work we have collected to make three finished images.

Many thanks to Ruby, Anna and Tinah for their help.