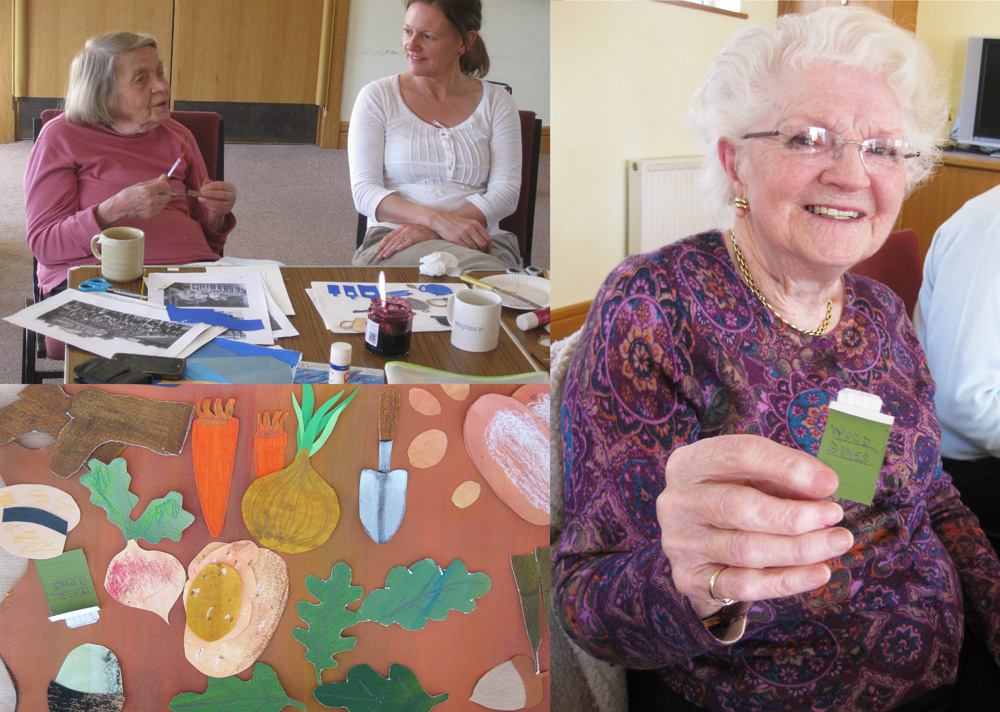 I’ve just spent the afternoon at the Greenwood Centre, Hampton with some delightful ladies – members of the Will and Way Club (a craft and social club for seniors). It’s all part of The Frame community art project I’ve been working on all year with Sue Edkins for the London Borough of Richmond upon Thames’ Arts Team, and we have now reached the workshop stage.

Two hours flew by chatting, eating some delicious home-made bread and jam brought by one of the members, and making motifs to form a border around the three images we’ll be making for Diamond Jubilee Gardens, inspired by Twickenham’s role in WW1.

With a pile of coloured collage sheets and some reference pictures for inspiration, the ladies went to work making all sorts of items, from vegetables representing the allotments dug in Richmond Park to help feed a hungry population, to one of the tobacco tins Queen Mary issued to every soldier at the Front. The star item for me was a tiny packet of Woodbines made by Grace, who remembered people talking about ‘Woodbine Willie’ the priest who offered cigarettes as well as comfort to dying soldiers during the war.

This week we’ve also been working with St Stephen’s Primary School making work for the project, but I’ll report on that in a separate post.